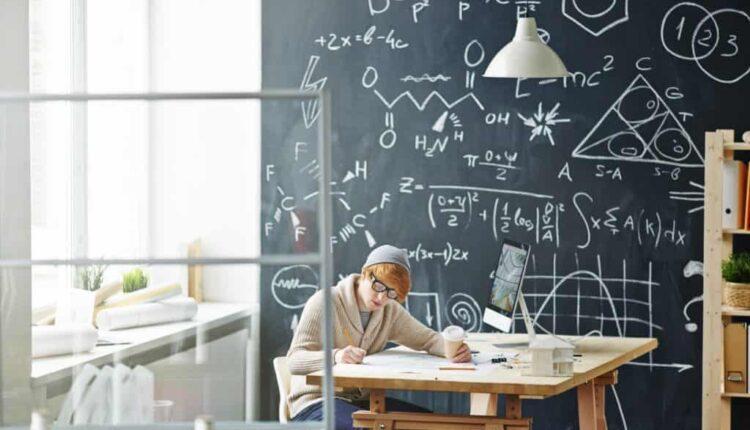 Does the idea of crunching numbers and sifting through data all day excite you?

You’re probably a “maths person” — and you may want to consider pursuing a job that requires these skills. In today’s data-driven economy, those with excellent maths skills don’t have to look far to find high-paying, high-growth jobs open for the taking.

Mathematical aptitude is scarce, and the coursework is demanding. Master it, and you could be setting yourself up for a lifetime of healthy paycheques. (All salary information is according to the Bureau of Labour Statistics, with the most recent information available from May 2016.)

The morbidity of estimating how many people are going to die, and when, is countered by the comfortable pay most actuaries receive. Fittingly, it takes an actuarial recruiting firm to quantify the data for us. According to Chicago-based D.W. Simpson, actuarial salaries have something of a linear relationship to tenure. Measured by total compensation (including insurance and pension), the average actuary makes $114,120 a year, plus additional compensation for each year in the profession.

Being proficient with numbers and their operations (or more accurately, the study of quantity in all its forms) doesn’t imply a talent for things mechanical. For those maths students adept at applying their knowledge to the physical world, designing planes and spacecrafts is about as worthwhile and prestigious a career as there is. A median salary of $112,010 is nothing to downplay, either.

In most universities, the mathematics department is separate from the probability and statistics department. But for our purposes, a concentration on number is enough of a similarity to consider the two as one. Statistics as a profession means not only designing experiments and interpreting the data collected from them, but reaching conclusions that have a profound effect on the direction of industry. In other words, all the fun stuff that the actuaries don’t get to do. At a median salary of $85,160, it’s good to know that there’s a corresponding reward for all that cogitation.

Pursuing Social Work ; All for One

This is an appropriate career for someone who majors in mathematics. The Wall Street Journal famously cited “mathematician” as the best job in America in 2009, an honour that probably deserves an asterisk. Being a mathematician is a profession that requires its practitioners to solve problems. What’s the optimal way to get these pallets from the distribution centre to the retail outlets? How much money could we save by having the trucks drive a different route? Or switching to diesel? Or using trains instead? That’s just one extremely narrow example, but mathematicians have their place throughout dozens of industries. As a decisive knockout punch to the apologists for people who major in the humanities, a typical professional mathematician can expect to earn $105,600 annually.

For thousands, this is the culmination: the ideal job for the student who wants to not only study maths, but tie it to the tangible rewards of the marketplace. “Financial analysis” doesn’t take a formal definition, but among other things it means knowing how to compile, prepare, read and evaluate the all-important financial statements that all public companies must create and disseminate. At the higher levels, it means determining what capital investments to make, how to pay for them and where to finance them. When a company decides to issue stock, or buy it back, or split it, it doesn’t assign the task to just anyone. A numerate college graduate with the relevant three-letter acronym “CFA” (Chartered Financial Analyst) is the person they’ll put on the job. In fact, there are a number of job opportunities for CFA holders.

The role of financial analyst is one of the few occupations on the list that comes with its own formal designation and licensure. The requisite college degree is nice to have, but it’s only a starting point to becoming a CFA. This means more study, more examinations and if you’re willing to put in the time, four years of work experience. However, once you become a CFA, you’ll be recognised (and employable) all over the world. One-hundred-and-thirty-eight countries recognise the designation, and most of the rest are too small to support or warrant a vibrant CFA community. The median salary for a financial analyst in the United States, at least according to the latest round of statistics (compiled, no doubt, by someone with a mathematics degree), is $97,640.

Specialise in the field of mathematics and you’ll have your pick of employment. Whether it’s an actuary, CFA or aerospace engineer, there are plenty of careers to choose from. If you have the skills, you’re likely to take home a healthy paycheque.

Pursuing Social Work ; All for One