How to stop sibling rivalry 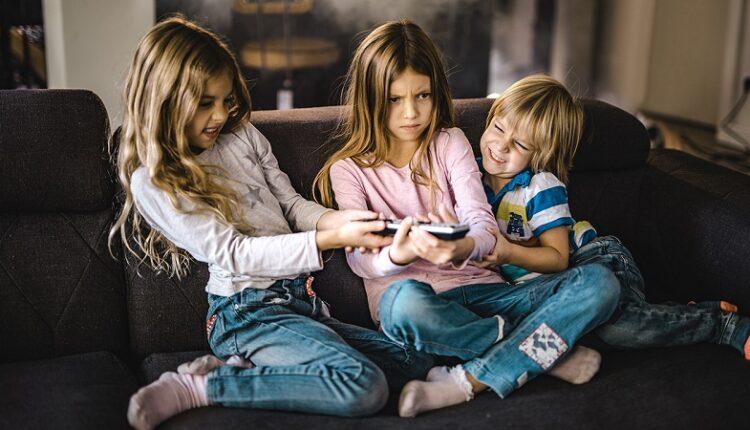 Question: What causes sibling rivalry? Answer: Having more than one child.

This joke always gets a laugh in my parenting presentations but there is more than a hint of truth about it. Sibling rivalry comes with the parenting territory. If you feel uncomfortable with this then maybe it is best to stop at one child.

An acceptance and real tolerance of different children’s interests and abilities is crucial for reducing the likelihood of sibling rivalry. The fact that parents have their own hopes and dreams for their children and have their own notion of what constitutes acceptable behaviour means that it is difficult to be accepting of children’s differences – particularly of those children whose ideas, values and behaviours are different from our own.

Recognise their role in the family

When I asked my children years ago to help make their grandmother feel welcome before one of her visits, my eldest two children responded in conventional ways. One child helped clean the house while another put some flowers in a vase. My youngest daughter went straight to her bedroom and started to read. Puzzled and a little annoyed that she wasn’t pulling her weight I asked what she was doing. She said that she was memorising a story because Grandma loves stories. This little episode reminded me that children help in different ways and adopt their own roles according to what gains a positive reaction.

Use encouragement liberally and praise sparingly

Appreciation – a parenting skill for the ages

Do you praise your children when they fulfil basic bodily functions? Do you praise your children for obeying the laws of gravity? Do you give praise for simple socialisation procedures that your children practise every day? ‘No,’ you say. Children gain their self-esteem from the messages that they receive and through their interactions with the world. The main developmental tasks for children under 10 are to work out what they can do and how they fit into the world. An encouraging parent gives children feedback about their performance, but they ensure the feedback is realistic and they work from positives rather than negatives.

Put them in the same boat when they misbehave

Many parents spend time hunting for the individual culprit when children misbehave, neglect their jobs, or create a disturbance, when they would be better off putting them both or all in the same boat when any child is less than perfect. Making all children responsible for each other’s behaviour increases teamwork and stops setting children up against each other. Next time a child is too noisy in the car resist the temptation to seek out the culprit. Instead remind your children that everyone will miss the outing if the car trip continues to be noisy. You will then place responsibility to resolve the problem where it lies – with them.

Focus on solutions not the fight

There are two broad approaches that parents can adopt with sibling fighting: become involved or remain neutral. In his book Becoming Better Parents, Australian psychologist and parenting authority Dr Maurice Balson recommends that parents leave children to resolve their own disputes. This approach makes a great deal of sense, but as most parents know, some fights are impossible to ignore, particularly when they happen under your nose. If you do intervene, make sure that you get in early before a full-scale fight occurs.

The use of regular family meetings is one way to promote cohesiveness between children and reduce unnecessary conflict. They provide children with a forum to air their gripes in a controlled, safe atmosphere and give children a chance to impact on family decision-making. Family meetings work best when they are short, held on a weekly or fortnightly basis and end with a pleasant activity. Like any meeting, they require effective leadership, and they should follow an agenda.

Have you ever noticed that when you are having fun with children the fighting ceases or at least decreases? It is hard to laugh and fight at the same time. Make sure you spend some time together as a family involved in enjoyable activities such as playing games, reading a story together and other ways that promote either interaction or closeness between children. When children believe and feel that they belong to the same tribe they are more likely to stick together and look after each other when difficulties arise.

Appreciation – a parenting skill for the ages