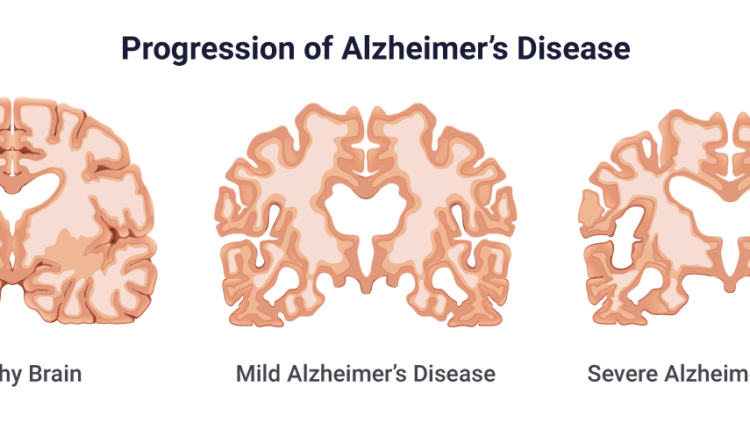 ‘The leading cause of death’: A frustratingly frequent phrase repeated in newspapers and health
magazines to television ads and more. A frightening phrase that finds itself being associated
with heart disease or cancer. Yet, quite contrary to popular belief, another disease has more
recently managed to escape our notice and make it to this list.

Discovered by Aloysius Alzheimer in 1901, Alzheimer’s disease forms a striking majority of
dementia cases among patients today and has only risen in its prevalence and commonality over the decades since its discovery. Such an alarming situation makes it all the more important to understand this menace at its root – the neuron, or nerve cell. At this molecular level, the
neuron is structurally dependent on rod-like microtubules that form a skeleton of support for
the neurons. These microtubules are stabilised by blobs of protein called tau protein, which act
like glue and remain attached to the microtubules.

In a person about to suffer from Alzheimer’s, the tau proteins dissociate from their position on
the microtubules, causing the neurons to lose normal structural stability by tangling up and
degenerating. When multiple neurons tangle together, they form masses of degenerated neural
material called plaques that interfere in the neural pathways for thinking, learning and memory.
These are symptoms and signs that will only manifest themselves a decade or more after a
person’s brain first starts undergoing tau protein dissociation. This factor makes it more difficult to diagnose the disease quickly, making fatality even more imminent. Another roadblock in its treatment is its precarious involvement with the brain, making surgical alternatives not only dangerous but also redundant.

So could we very well be at the brink of hopeless capitulation? Not quite. As a matter of fact, the
thought of it will sound revolting if not ridiculous to researchers of acetylcholine inhibitors. Just
as complex as their name may sound, equally complex is their role in fighting Alzheimer’s. These
inhibitors improve communication between neurons by promoting chemical messengers called
acetylcholine across the nerve cells. More than being a morbid ailment, Alzheimer’s represents
a significant challenge to modern medicine, making curative therapy less drug-oriented and
more cause-oriented.

WHAT IS PROBLEM SOLVING?